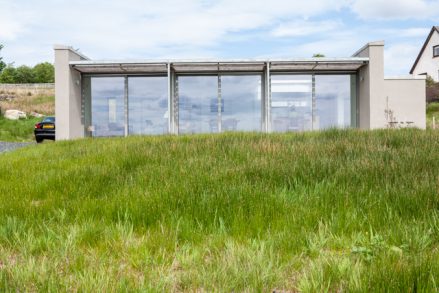 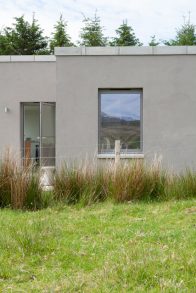 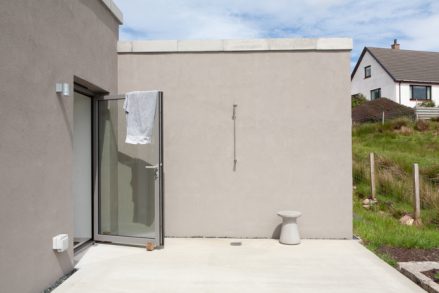 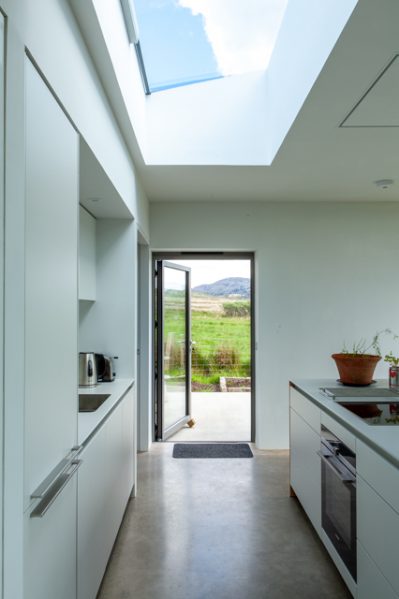 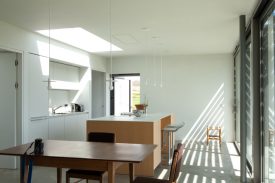 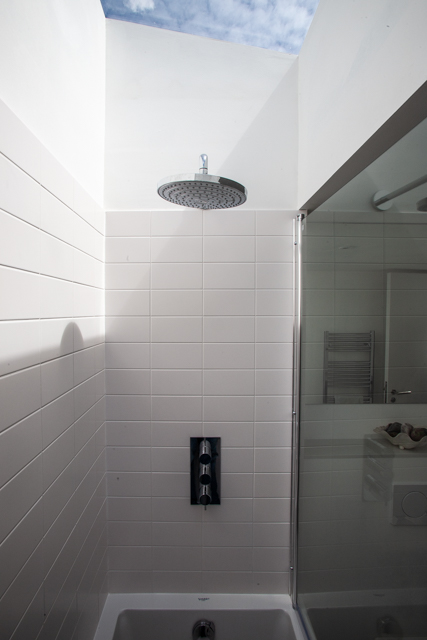 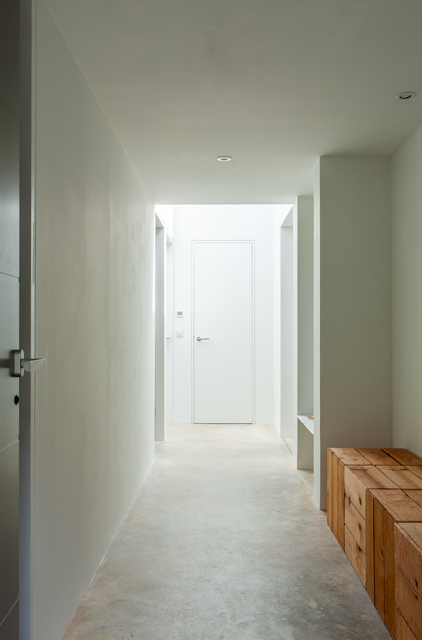 Our client came to us asking for something different “not one of your usual sheds… I want a flat roof”.

The context for this house was unusually suburban with a bare croft site surrounded by a number of late twentieth century kit houses. The view south over Loch Gairloch and to the east to Torridon are stunning. The house was designed as 2 grey connected boxes set low into the landscape. It was inspired by the concrete bunkers of the area which were built during the second world war for the Russian Arctic convoys.

The main living space faces south with an east facing breakfast terrace and shower. The south facing terrace spans the length of the building with the bedrooms, bathrooms and utility room set in the block to the north. The house is made of clay block and rendered in a reinforced 4 layer build up. There are no expansion joints or cavity to drain and ventilate. The concrete floor, the aluminium windows, the Baulthaup kitchen and the carefully detailed skylights and openings create a quiet sleek restrained backdrop to the spectacular view.